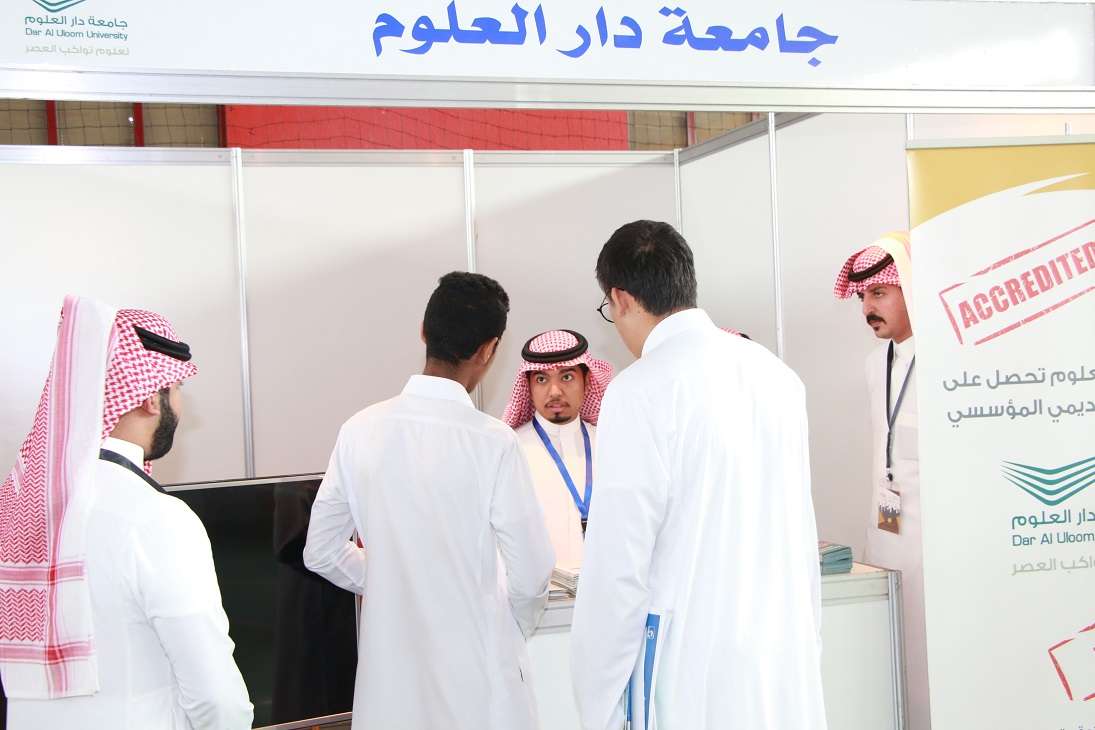 The University of Dar Al Uloom was represented by the Deanship of Admissions & Registration, Student Affairs and the Department of Public Relations and Media. Introductory leaflets about the various college academic programs at Dar Al Uloom University were distributed and visitors were presented with copies of Uloom Addar newspaper.