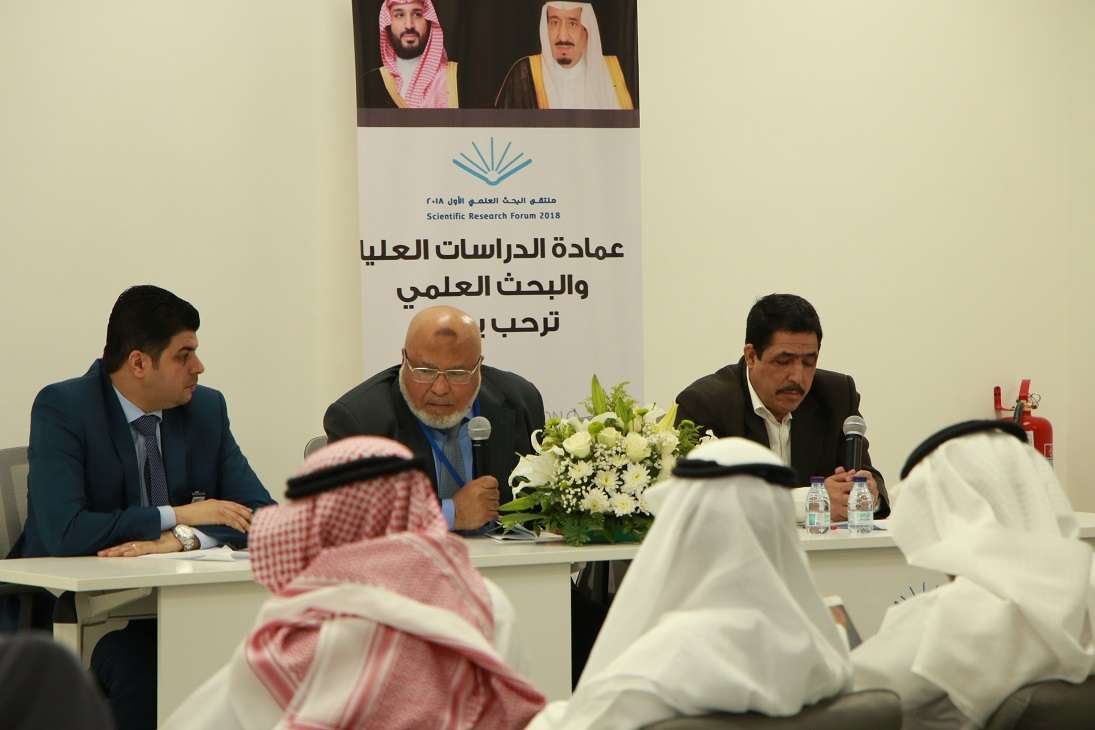 The forum which was held at the university Dentistry Hospital was attended by Dr. Fahad Al-Zamil, Vice-Dean for Health Specialties, Dr. Abdul Aziz Al-Othman, Vice-President for Academic and Educational Affairs, Mr. Nawaf Al-Tuwaijri, Executive Director, Deans of Colleges and Deanships and a number of faculty members

A dialogue session about the definition of scientific research, its fundamentals and standards was held during the meeting, which was headed by Dr. Mohamed Samir Abdelhak, Director of the Directorate of Quality, Dr. Mohamed Mekky and Prof. Ismail Safahi, faculty members of the College of Law.

The meeting included a presentation about the research contributions made by DAU faculty members. The Rector of the University thanked those who have had their fingerprints in the scientific research movement, thanking the Deanship of Graduate Studies and Scientific Research for their efforts in establishing this forum.