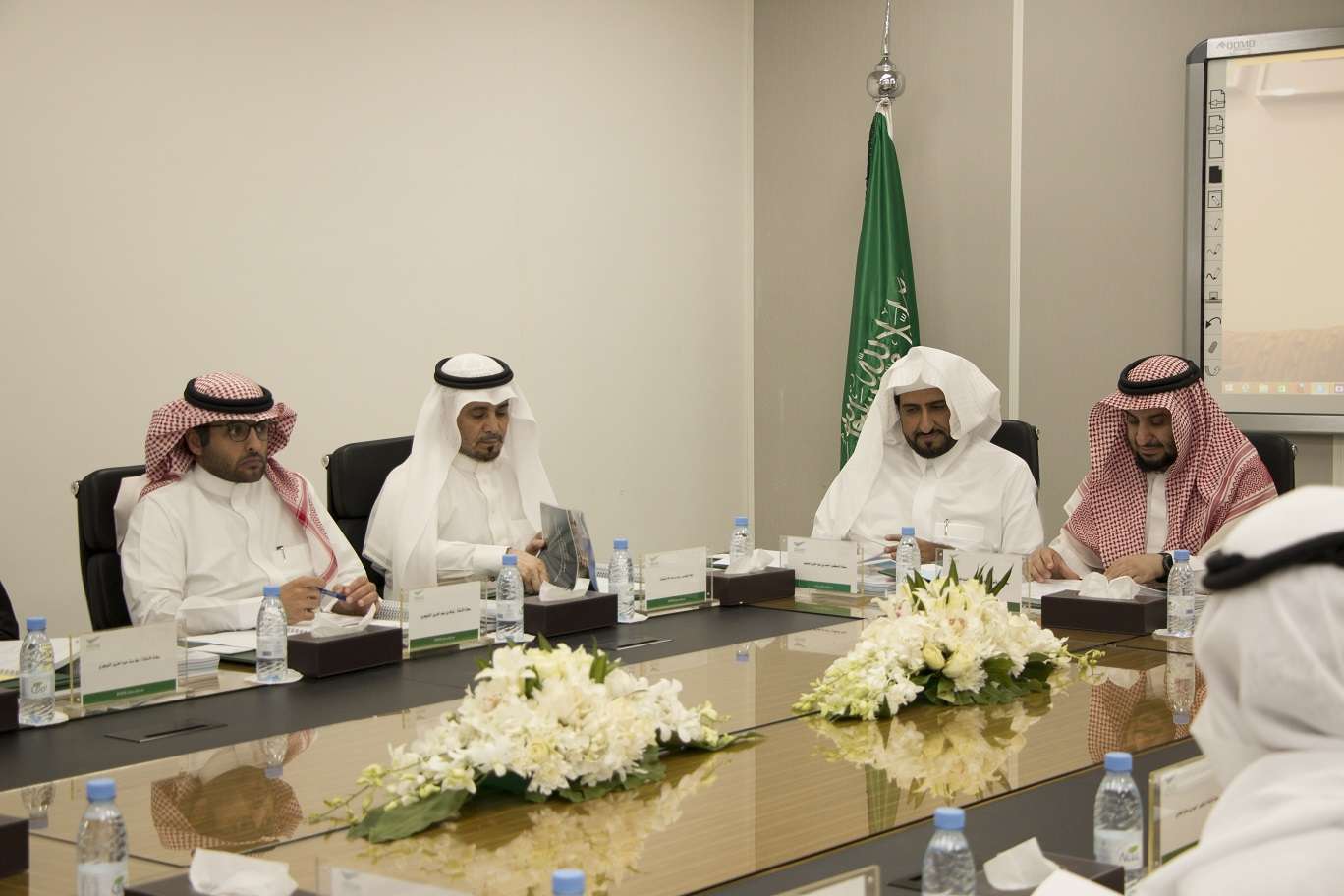 Dar Al-Uloom University Board of Trustees discussed the bi-annual report for the University and Bachelor’s programs for the College of Law and Business Administration, in addition to the two Masters programs in Humanities in General and Specific Law. The Board also discussed nominations for a number of teaching staff members. The meeting held its second meeting for the academic year 2017/2018 CE and it was chaired by His Excellency Mr Abdul-Aziz Al-Tuwaijry, head of Board of Trustees last Tuesday evening, 8 Shaban 143 AH (24 April 2018 CE).

His Excellency, the Chair of the Board of Trustees, welcomed the attendees. The agenda included approval of the minutes for the first meeting of the Board of Trustees for the academic year 2017/2018 CE, nominating a number of teaching staff members, and approval of the biannual university report (executive report), in addition to approval the creation of  Centre for community service, and the estimated budget for the year 2018/2019 CE.